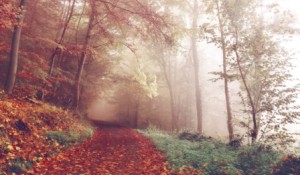 Welcome to my blog!

In my first post, I would like to mention a famous testimony regarding Ennius. According to Aulus Gellius (17, 17, 1), he described himself as having three hearts because he could speak Greek, Oscan and Latin (Quintus Ennius tria corda habere sese dicebat, quod loqui Graece et Osce et Latine sciret).

This reference to multilingualism should not be regarded as an exception in the Oscan-speaking areas, but rather as a well-established norm, as can be deduced from numerous inscriptions, like the following, which was discovered in the vicinity of modern-day Cirò, located in the Italian region of Calabria (for further details see Paolo Poccetti, Osco sereukidima-, sakarakidima-, in Greco-Latina Brunensia. Sborník Praci Filozofické Fakulty Brnenské Univerzity 6-7, 2002, pp. 251-265):

Here, the locative singular of  a noun (σακαρακιδιμαι) indicating an unspecified priestly office, in Oscan, is followed by the name, in the genitive, of the office-holder (Πακτηις Ερουντης ΠακFιης), also in Oscan, while the rest of the inscription is represented by the beginning of an abbreviated formula (επι ιερ), in Greek, representing another official title. This inscription shows, therefore, a fine example of code-switching, which clearly indicates a situation of deeply-rooted bilingualism.

The aforementioned examples are just two of the most compelling pieces of evidence in favour of multilingualism in ancient Southern Italy, that is the area where the Oscan language was spoken, and they serve to illustrate how blurred the notion of identity was even in ancient societies.