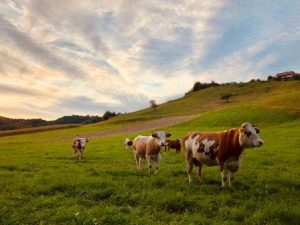 In my previous post I dealt with the correspondences between Sabellian and Latin in juridico-sacral speech. On the basis of the textual evidence available to us, there is no denying that the Latino-Sabellian affinities extend to poetic speech as well. As an example one may adduce the striking correspondence, first observed by Émile Benveniste but also discussed by Calvert Watkins, between the phrase pastores pecuaque salva servassis ‘you shall keep safe shepherds (and) cattle’ in the renowned prayer to Mars preserved by Cato (the latter representing, according to Watkins, not only the most ancient piece of Latin literature, but the oldest Latin poem in our possession) and the formula uiro pequo…salua seritu ‘you shall keep safe men (and) cattle’ in the Iguvine Tables, with ‘men’ and ‘cattle’ being two of the benefits the deity is asked to grant.

In my view, there is yet another correspondence involving two consecutive lexical items in the list of benefits prayed for in the Umbrian passage, namely arsmo and the aforementioned uiro, which seem to perfectly match, except for the omission of the conjunction through asyndeton, arma virumque ‘arms and the man’ at the beginning of the Aeneid, a textual equivalence that, to my knowledge, has never been proposed so far (to be sure, there exists a number of hypotheses on the etymology of arsmo, none of them convincing, on which see Untermann 2000, pp. 123-124).

Even though one may be tempted to dismiss the similarity between the aforementioned formulas as merely accidental, the conclusion that they are exactly equivalent is further borne out by the existence of yet another overlooked correspondence between elements occurring in the Umbrian prayer and individual words in Virgil’s work, that between uiro…fri…salua, on the one hand, and salve…frugum…virum in two consecutive verses of the Georgics (II, 173-174), salve magna parens frugum saturnia tellus / magna virum… ‘Hail, land of Saturn, great mother of crops and men’, on the other.

The textual evidence collected so far is so cogent that is almost impossible to escape the conclusion that both the Umbrian prayer and the passages from Virgil continue a common Italic tradition.

Calvert Watkins, How to kill a dragon. Aspects of Indo-European poetics, New York-Oxford