Home
Etymology
Four takeaways from ‘Oscan kúnsíf deívúz and the Di Consentes’. Part one: more on the Italic koine
Tweet Pin It 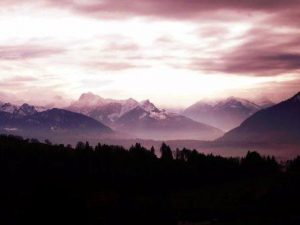 In the following blog post I would like to mention a brilliant article, ‘Oscan kúnsíf deívúz and the Di Consentes’, co-written by Benjamin W. Fortson and Michael L. Weiss, in which the two scholars propose equating the Oscan sequence kúnsíf deívúz, attested in an inscription found at the sanctuary of Pietrabbondante, with the Latin one Di Consentes.

As for kúnsíf, they derive it from a protoform *konsēnts, which they interpret as the present participle of a second-conjugation verb *kons–ē– (itself from the PIE root *ḱens-), with the meaning ‘approving’ and used as an attribute of deívúz. The expression kúnsíf deívúz would mean ‘the divine ones approving’.

An important point raised by Fortson and Weiss at p. 641 (footnote n. 23) is that, despite being commonly considered loanwords or calques from Latin, at least some of the Oscan terms belonging to the lexical family of censa-, such as censtom ‘census’ and ancensto ‘not counted in the census’ (both attested in the Tabula Bantina), are better taken as indigenous words. In my opinion, the same holds true not only for censa-, but for many other juridico-sacral and poetic items in all the Sabellian languages, such as Oscan pomfok, which Loretta Del Tutto Palma (on which see Untermann 2000, p. 601), in my view correctly, interprets as the equivalent of Latin pontifex. The misinterpretation of genuinely native Sabellian words as borrowings from Latin is largely the result of an overestimation of the Latin influence on these languages, an influence that was certainly pervasive after the Roman conquest of Central-Southern Italy, but negligible during the archaic period, let alone in prehistoric times. In view of this, as several scholars (among whom Paolo Poccetti and Elena Triantafillis) point out, the most plausible explanation that may be put forward to account for the lexical correspondences between Sabellian and Latin is the one that ascribes the origin of these similarities to the so-called Italic koine. If seen through this lens, the inscription from Roccagloriosa would be, as Poccetti suggests, a similar, albeit autonomous, offshoot of the same legal tradition that gave rise to Roman law, to such an extent, I think, that it would appropriate to regard the Sabellian and Latin records as independent expressions of a common Italic law (for further details see Benjamin W. Fortson-M. Weiss, Oscan kúnsíf deívúz and the Di Consentes, in Classical Philology 114, n. 4., pp. 637-645, 2019; Elena Triantafillis, Le iscrizioni italiche dal 1979. Testi, retrospettiva, prospettive, 2008, Paolo Poccetti, Sul formulario dell’epigrafia ufficiale italica, in Athenaeum 61, 1983; Jürgen Untermann, Wörterbuch des Oskisch-Umbrischen, Heidelberg, Maurizio Gualtieri-Paolo Poccetti, Frammento di tabula bronzea con iscrizione osca dal pianoro centrale, in Roccagloriosa II. L’oppidum lucano e il territorio (Maurizio Gualtieri and Helena Fracchia edd.), 2001).