Home
Latin
The influence of Latin on Oscan. Part two
Tweet Pin It 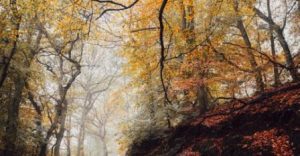 Photo by Will Fuller

Even though the Oscan-speaking aristocrats were inclined to learn Latin, there is solid evidence, however, that, at least on the eve of the Social War, they actively tried to resist its influence.

The revival of interest in the Oscan language is most clearly shown by the Tabula Bantina, where the use of Oscan in place of Latin is a statement of hostility towards Rome, whose importance cannot be underestimated. Given this, it is surprising to note that the Bantinian noblemen who created this text drew fully from the Latin official jargon, basically creating an odd situation in which a deferential attitude towards Latin in the cultural sphere coexists with the rejection of its dominance from a political point of view.

The hostile attitude of Oscan speakers towards Rome can also be inferred from the fact that, during the Social War, the Italic rebels minted a huge number of coins, bearing legends written in Oscan, in Latin or in both languages. According to James Noel Adams, the use of Oscan here has a symbolic meaning, because not all the rebels spoke this language. By minting these coins, the rebels purposely conveyed the desire to defend their own identity (for further details see James Noel Adams, Bilingualism and the Latin language, 2003).