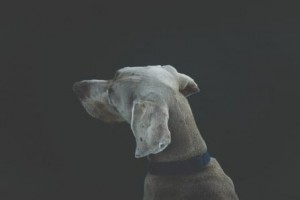 Photo by Will Langenberg

The Latin playwright Titus Maccius Plautus was actually an Umbrian from Sarsina, in modern-day Emilia-Romagna, and the name by which he is better known was a nickname meaning “flatfoot” in the Umbrian language (Fest. p. 238 M. 344 L.): <Plotos uocant> Umbri pedibus planis <et latis> … <Macci>us poeta, quia Umber Sarsinas erat, a pedum planitia initio Plotus, postea Plautus coeptus est dici (“The Umbrians call ploti those who have flat and broad feet … The poet Maccius, because he was an Umbrian from Sarsina, from the flatness of his feet was first called Plotus, and later he began to be called Plautus”).

In addition to Festus’s gloss, I would like to point out that, according to Paulus Diaconus’s epitome of Festus, some breeds of dogs were nicknamed plauti because of the shape of their ears (P. F. p. 230 M. 336 L.): Plauti appellantur canes quorum aures languidae ac flaccidae et latius uidentur patere (“Dogs with floppy, hanging and quite broad-looking ears are called plauti”).

The etymology of Plautus and ploti–plauti mentioned above is unarguably proved by two different sources, one in Oscan (a Sabellian language, hence closely related to Umbrian), the other in Umbrian.

The first source is a bilingual inscription written by two slave women, Oscan-speaking Detfri and Latin-speaking Amica, on an roof tile which was found near the “temple B” in Pietrabbondante, located in the Italian region of Molise; Detfri’s message is of utmost interest because it allowed us to gain knowledge of the Oscan word for “sole”, *plautú, here in the ablative, plavtad (for further details see Maria Pia Marchese, Pietrabbondante, in Lingue e dialetti dell’Italia antica, Aldo Luigi Prosdocimi ed., 1978, pp. 839-844, and Katherine McDonald’s post at the following link: http://katherinemcdonald.net/2016/01/14/four-footprints-two-languages-one-tile/):

The second, unexpected, source is a passage from the Iguvine Tables (VIb, 60), recording a prayer recited by some priestly officials, the prinuvatus, against the enemies of the Iguvine state during the circumambulation of the city. This prayer, consisting of a binding formula made up of five bimember allitterating verb forms conjugated in the future imperative, includes a form, preplotatu, meaning “you shall prevent (them) from walking”, cognate with the aforementioned words, Plautus/ploti–plauti/plavtad (for further details see Vittore Pisani, Manuale storico della lingua latina. IV. Le lingue dell’Italia antica oltre il latino, 2nd edition, 1964, and Aldo Luigi Prosdocimi, L’umbro, in Popoli e Civiltà dell’Italia antica, VI: Lingue e dialetti, pp. 585-787, 1978):

The examples given above clearly show how resorting to various sources can help us check the plausibility of etymological reconstructions, especially in the case of scantily attested languages.